“EKN gives us the strength to grow internationally” 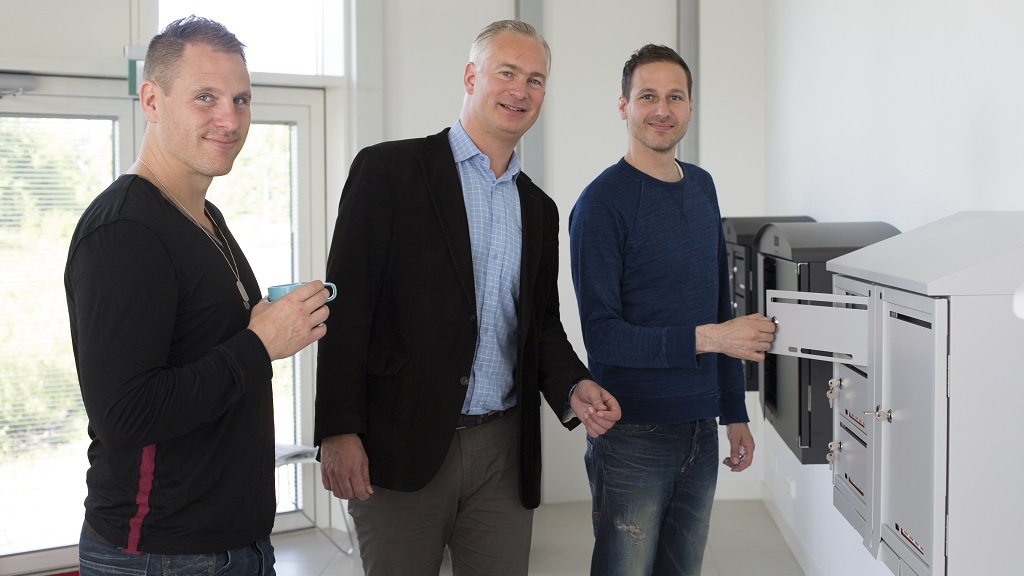 Flexbox develops postboxes, parcel boxes and property mailboxes for customers in Scandinavia, the Netherlands, the United Kingdom and Germany. They plan to expand into France and Italy this year.

The number of letters being delivered is falling dramatically, but international trade means that parcel deliveries are really taking off. Flexbox has developed its own parcel box to address this opportunity. But they must work fast to stay ahead of the big hitters.

A major new initiative always has its risks. With EKN guaranteeing 50 per cent of Flexbox’ credits, the company has been able to obtain the finance it needs to expand into new markets internationally.

“EKN gives us the financial strength to get our products out into Europe. Otherwise we would probably have had to wait another five years before we could expand in Europe. Now we can compete in the international market. The target we have set ourselves is to have sales of SEK 100 million within five years, with about fifty per cent coming from exports. That would never have been possible without EKN,” says André Cedermarker, marketing and finance director of Flexbox.

The financial muscle to grow

Flexbox has been established internationally for three years, but it was when EKN came into the picture that things really took off. Then the company was able to build up the support side with trained staff in each country, and now they are as well-structured in seven countries abroad as they are at home.

For big and for small

It came as a surprise to brothers Ted (purchasing and production director) and André Cedermarker that EKN works with small companies like Flexbox.

“We used to have completely the wrong idea about EKN - we thought they had nothing to offer a small company like Flexbox, but in fact it works really well. The people we have been in contact with at EKN have been very good and informal. There is no need to worry about them being a big organisation in Stockholm. EKN is also on the ground locally, with local contact people who understand your needs,” concludes André Cedermarker.

Scandinavia, Germany, the United Kingdom and the Netherlands.

Flexbox needs capital so as to be able to increase the pace of its expansion in Europe.

Working capital credit guarantee. EKN guarantees up to 50 per cent of the credit taken by Flexbox, which makes it easier for them to find finance