Participants from across the world arrived at COP27 in Sharm el-Sheik to agree on measures to halt the escalating climate change. Delegates from EKN worked hard to raise awareness of the role of export financing in funding the transition.

Some observers have called the COP27 summit in Egypt less than successful, but Marie Aglert, Head of Business Area Large Corporates at EKN, brings a positive impression from Sharm el-Sheik. “In a time of increasing polarisation and growing tension, it was very rewarding to witness people from across the world uniting behind a common goal.”

Which topics did you find particularly relevant to the financial sector?

“There was much talk about the funding gap; how to finance the massive investments in transitional infrastructure needed. No single source can resolve all needs but working together we can achieve great things. Aid agencies, development banks, commercial banks, NGOs and export credit agencies need to collaborate more, as do companies from different sectors.”

Aglert points out that export credits are still a relatively unknown instrument, even among multilateral development banks and development finance institutions. “Export credits are definitely both unknown and underutilised, given that the global export finance industry supports about 250 billion USD worth of financing annually.”

This is a figure that equals the combined funding channelled through multilateral development banks and development finance agencies worldwide. 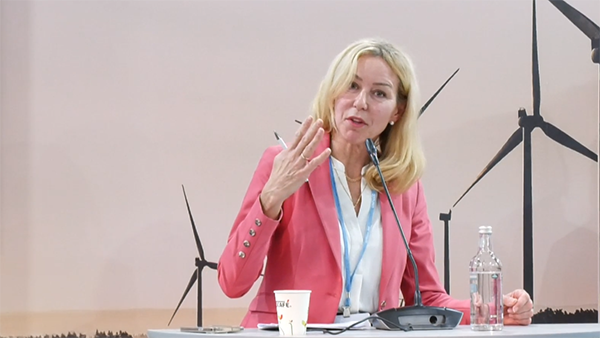 EKN and other ECAs participated at COP27 to raise awareness of how export finance can help fund transitional investment and inspire collaboration across sectors. Aglert points out that there is a funding gap as well as a competence gap. “Many organisations work in siloes, each pursuing a different agenda set by various stakeholders, from exporters to NGOs and political decision makers, says Aglert and adds: “A particular problem is that those who are most in need of climate investments often lack insight into the wide array of financing possibilities. Project owners and governments also need skills to evaluate and compare different financing options and arrive at a deal that benefits all parties.”

Besides a lack of knowledge of existing funding sources, there is also a lack of insight into the sometimes futuristic and often untried technologies that may help reverse climate change. “Investments in climate-resilient infrastructure requires technological knowhow as well as an awareness of available sources of funding,” notes Aglert.

Acre Impact Capital is a London-based firm that invests in climate-aligned infrastructure in emerging markets by partnering with leading commercial lenders and ECAs. Invited to join EKN’s forum at COP27, Founding Partner Hussein Sefian, points out that, “Export financing flows to emerging economies that are facing economic and financial constraints and where access to commercial financing is limited.”

Sefian lists several unique benefits of ECA finance for funding climate-aligned infrastructure projects, when compared to other forms of finance. “The involvement of an ECA help improve the risk profile of a project. As a result of the ECA guarantee, private commercial banks can participate in the financing of infrastructure projects on the guaranteed tranche.” (See sidebar for a full list of benefits)

In addition, export finance has filled an important gap in financing new technology, Sefian suggests. “Commercial finance is not always available for newer, greener technologies that are not yet proven at scale. Historically, ECAs have filled this gap in areas such as the early stages of mobile communication technology and wind power, for example.”

One example of how previously untapped sources of renewable energy may be utilized was presented by Sweden’s Minesto at EKN’s forum at COP27. Minesto’s Deep Green technology produces electricity from slow tidal streams and ocean currents by sweeping a small turbine across a large area, at a speed several times the actual speed of the underwater current, Minesto's subsea kite enhances the energy conversion compared to other technologies. As a result, it is applicable in areas where no other known technology can operate cost effectively.

“Sweden has a long history of developing technological solutions for a changing world,” notes Aglert, who believes that ECAs and other financial institutions such as international banks have an important role to play in building and spreading knowledge. “We need to better understand the often untested technology involved in climate-resilient infrastructure in order to finance implementation and scale-up to a point where they can have a real impact. This requires substantial funding as well as the technological insight to fully grasp their scope and impact.”

Besides transitional infrastructure, COP27 reminded the world that other climate-related costs call for financing too. “The topic of loss and damages from climate change added a new dimension to the discussion and represents another area where collaborative financing needs to be discussed,” says Karin Wessman, Head of Sustainability at EKN. 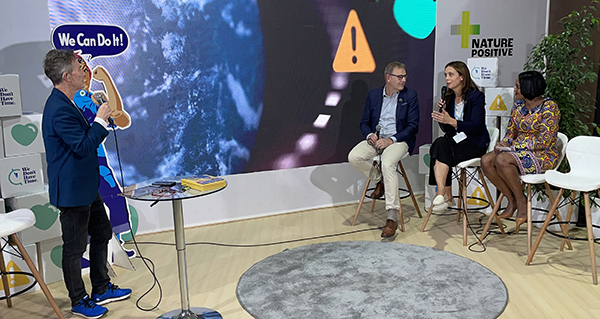 To this end, UK Export Finance used COP27 to launch a new debt solution to help developing countries with climate shocks. New lending clauses will offer low-income countries and small island developing states the ability to defer debt repayments in the event of a severe climate shock or natural disaster.

Aglert at EKN calls it, “A great initiative that I hope will work out and that others will be able to follow. As for EKN, we are working hard to develop new partnerships within the export finance sector and new products that support investments in climate-aligned technology."

“The involvement of an ECA help improve the risk profile of a project. As a result of the ECA guarantee, private commercial banks can participate in the financing of infrastructure projects on the guaranteed tranche.”

2) Reducing the cost of debt.

“ECA guaranteed debt is highly rated by banks that fund against such a guarantee. This benefit is often passed on to the project borrower in the form of competitive rates below what banks may offer without ECA support.”

“ECAs offer longer repayment periods for emerging market borrowers after delivery of the project, increasing the affordability of the underlying infrastructure. In some cases, for green and climate-related projects, these may extend up to 18 years. These longer tenors are generally not available from private sector lenders without an ECA guarantee.”

“ECAs tend to play a counter-cyclical role, providing more support when the private market is not available. As a result, ECAs can provide support through challenging market cycles, when private sector lenders are unwilling or unable to do so without ECA support.”

“Commercial finance is not always available for newer, greener technologies that are not yet proven at scale. Historically, ECAs have filled this gap in areas such as the early stages of mobile communication technology, wind power, etc. When we think about the green transition, ECAs can play a role in supporting the financing of technologies related to solar, hydrogen, green manufacturing, etc.”

A record number of visitors learned about the relevance of Nordic clean-tech in building a climate-resilient future at GTR Nordics 2022.

A new guarantee from EKN secures the supply of strategic raw materials to importers by covering the risk of new investments for raw material producers.