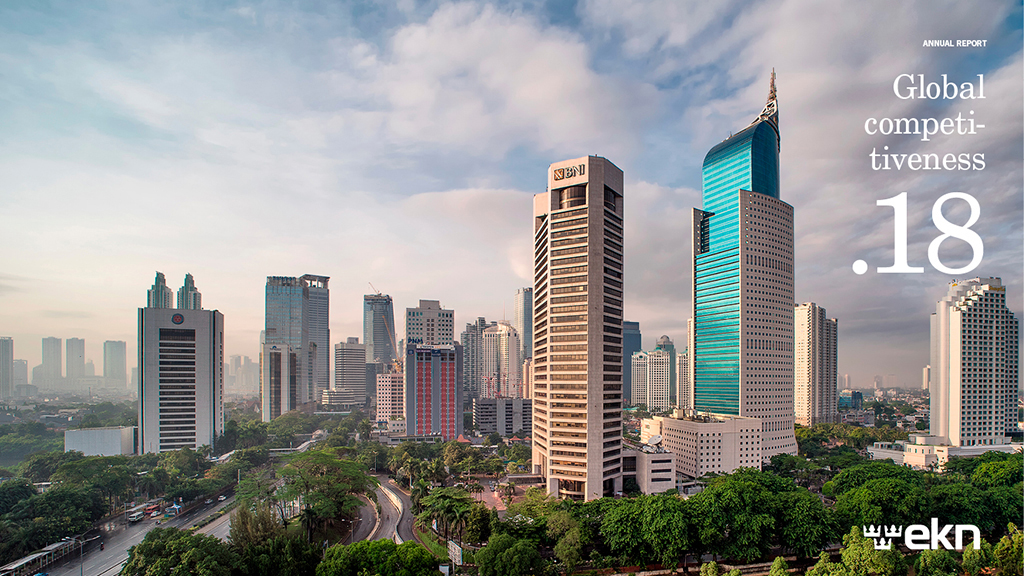 Guarantees amounted to SEK 56.8 billion and encompassed 2,082 export transactions to 129 countries. The number of SMEs using EKN is rising.

The guarantee volume for 2018 was among the highest ever. Despite US trade sanctions cutting off the Iranian market in the middle of the year — a market where EKN has played a significant role — the number of transactions remained on a par with last year.

SME operations expanded both in terms of volumes, and the number of transactions and customers.

“2018 represented another year of increase in terms of transactions, guarantee volume and SME segment customers. With regional offices and some one thousand company visits per year, we are reaching out to exporters and banks countrywide,” says Director General Anna-Karin Jatko.

For SMEs, EKN’s guarantees are often a precondition for being able to finance their activities or an export contract. During the year, EKN launched new solutions. The working capital credit guarantee has been complemented with reinsurance from EIF (the European Investment Fund), and EKN can now cover up to 80 per cent of the lending bank’s risk. Supplier credit guarantees have also been strengthened through collaboration with Almi, thereby making refinancing of trade receivables easier for companies. Almi is a state and regionally owned company offering financing and advice SMEs.

“This facilitates for SMEs who need financing to expand internationally,” says Anna-Karin Jatko.

The high guarantee volume was boosted by two major telecom transactions, which are the largest transactions ever guaranteed by EKN involving private buyers. At the same time, more companies are utilising EKN’s guarantees in multiple ongoing smaller transactions.

“This year’s guarantees included business in sectors that, to date, are not as frequently represented at EKN. I’m pleased that we’ve been able to provide greater assistance for sectors such as medtech,” says Anna-Karin Jatko.

EKN paid claims of SEK 1.7 billion on confirmed claims from previous years, for which reservations were already made. No new major claims have arisen. Income from guarantee premiums declined year-on-year due to a larger proportion of new transactions involving low-risk countries. Profit for the year amounted to SEK 1.0 billion.