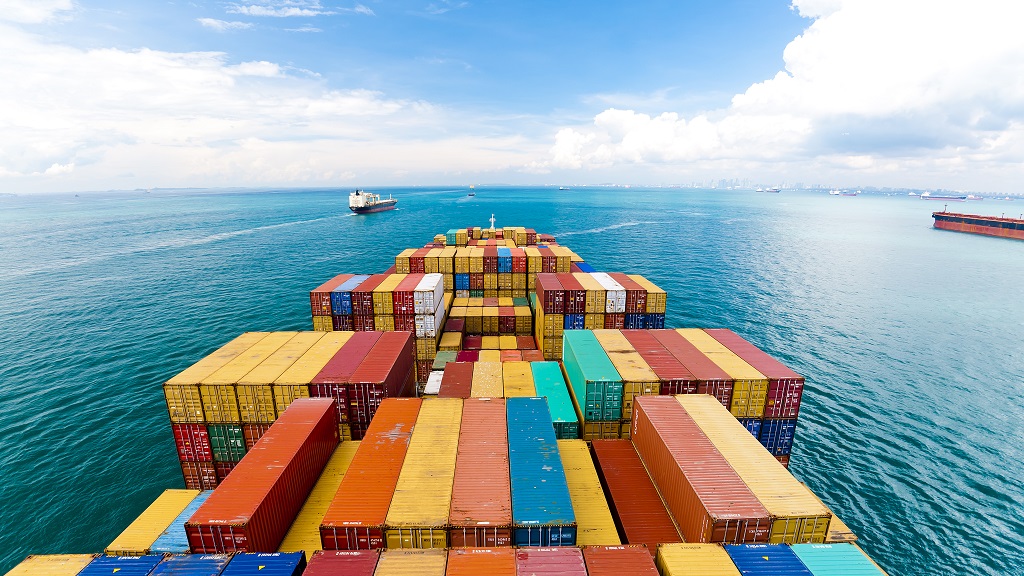 EKN global outlook 2018:
All parts of the world are now contributing to growth in the global economy.

Global growth is strong and the outlook is for continued robust growth with an estimated annual growth rate of 3.9% for 2018 and 2019, respectively. This outpaces growth over the last five years which has stayed between 3.2 and 3.4%. Moreover, it is also a high rate from a long-term historical perspective.

“All the regions are now part of the growth,” says EKN’s Deputy Director and Head Analyst Stefan Karlsson, and reports on the regions’ performances and outlooks.

EURO AREA: Monetary policy remains expansive in the euro area, which is positively impacting both investments and consumption. Inflation is modest and no indications exist of any significant increase in inflation during next year or the current year. The euro-area countries’ combined budget deficit has continued to decline. Furthermore, the countries’ aggregated public debt has decreased over the last couple of years, even though the level has remained high at 87% of GDP in 2017.

THE US: The US continues to display robust economic expansion. However, the sustainability of this growth is under threat, which could impact the world economy as a whole. Fiscal consolidation has not been pursued as resolutely in the US as it has in the majority of euro-area countries. Moreover, the fiscal policy of the Trump administration is more expansive than that of the Obama administration. Trump’s first year was marked by lowered taxes and raised spending. As a consequence, an already high federal debt increased further. It corresponded to 108% of GDP in 2017 and will continue to increase given a forecast budget deficit in 2018 of 5.3% of GDP, a deficit that will continue to grow under the current fiscal policy.

ASIA: The emerging and developing economies in Asia continue to display high, stable economic growth. Investments in the region, which are stable at 40% of GDP, are fundamental to the high growth rate. By way of contrast, the investment rate in Latin America and sub-Saharan Africa is 20%. This high level has been established for decades. Real capital is being renewed at a high pace, thereby leading to rapid increases in productivity as a result of modernised production equipment and new manufacturing methods. Even if China’s growth rate declines somewhat, forecasts indicate continued annual growth of 6% over the next two to three years. The forecast of 6% also applies for the region as a whole.

COUNTRIES DEPENDENT ON COMMODITY EXPORTS: To varying degrees, the countries in Latin America, sub-Saharan Africa, the Middle East and the CIS depend on commodity exports for foreign currency earnings, public sector revenues and economic activity. Prices for energy and many metals have risen significantly over the last two years. A further increase is expected this year and growth in the “commodity regions” is forecast to be up on 2017. Prospects are also positive for 2019. However, there are threats to this positive trend. The sharp economic slowdown in 2015 and 2016 has resulted in growing budget deficits and public debt. For example, public debt for sub-Saharan Africa has practically doubled to 50% of GDP. Public debt has also increased in other emerging markets, but sub-Saharan Africa is more vulnerable.

Threats and barriers to global trade

The positive trend for the global economy has given rise to relatively strong growth in global trade. The IMF forecast indicates that inter-country trade in goods and services is expected to grow 5.1% this year and 4.7% in 2019.

“International trade in goods will expand at a slightly slower rate, compared with the average increase since 1990. China and other countries in Asia have increased their goods exports for many years and have become of rapidly rising significance for the global economy and trade. The same rate of expansion cannot be maintained given the current extent of Asian goods exports,” says Stefan Karlsson.

The positive trend in global trade is, however, under attack. The US has disassociated itself from new multilateral agreements and existing applicable regulatory framework and has introduced tariffs on steel. The US steel tariffs encompass steel form Europe, which has triggered counteractions by the EU.

“The consequences are difficult to foresee. In contrast to the actions by the US, the EU and many other countries want to continue to liberalise trade. The main scenario is that more forceful trade restrictions will not be applied on a general basis, but that specific industries and product groups could be targeted. If the trade controversies escalate and extend beyond steel and aluminium, and the EU’s response, this could lead to a reduction in trade,” says Stefan Karlsson.

The trade sanctions in recent years that target a large number of companies, banks and private individuals in several countries, pose a real threat to global trade. The sanctions against Russia and Iran have the most significant impact on Swedish exports.

“The US sanctions are extensive and encompass a large number of companies, banks and private individuals. Companies would rather walk away from a transaction than risk significant losses, even if it is unlikely that sanctions will be breached. The ability of the US to exercise this level of influence stems from the fact that the majority of global trade and investment is conducted in US dollars, and from many companies having operations in the US, which therefore means these methods will often be used to achieve political goals,” says Stefan Karlsson.

The price of risk remains low

In the euro area and Japan, key interest rates are around zero. On the other hand, the US Federal Reserve has raised its benchmark rate in several stages so that the upper range is now 2%. This strengthens the value of the dollar against other currencies. The gap between benchmark rates in the US and those of other high-income countries in the OECD will expand further. The US hikes are continuing, while other countries are signalling unchanged interest rates, at least for the remainder of 2018. Emerging economies with substantial trade-balance deficits, which are largely funded by loans, suffer from capital outflows and declining exchange rates when investors become more nervous.

The price of risk is still at its lowest level for the last ten years, even though the falling risk margin trend that began a little over two years ago started to level off at the beginning of the year.

There is favourable access to local funding in Asia. However, the capital markets in sub-Saharan Africa are underdeveloped.

One factor that is leading to fewer and more focused export financing banks is the changed business models of banks in the wake of increased regulatory requirements. More stringent regulations pertaining to the investigation of counterparties (Know Your Customer), in particular US requirements, have led to poor countries with small trade flows being hit by the lack of banks willing to finance trade.

Swedish exports grew 10% in 2017, which was the highest rate of growth since 2010. Service exports increased 1.3% and comprised around one third of total exports. The increase was driven by the weakening of the Swedish krona in combination with healthy demand in key export destinations. A strong increase in exports is expected for the full year, albeit at a somewhat lower rate than in 2017.

“The krona will probably remain weak until the benchmark rate is raised, which is likely to be in early 2019. An economic slowdown will lead to interest rate hikes being deferred to an uncertain future date,” says Stefan Karlsson.